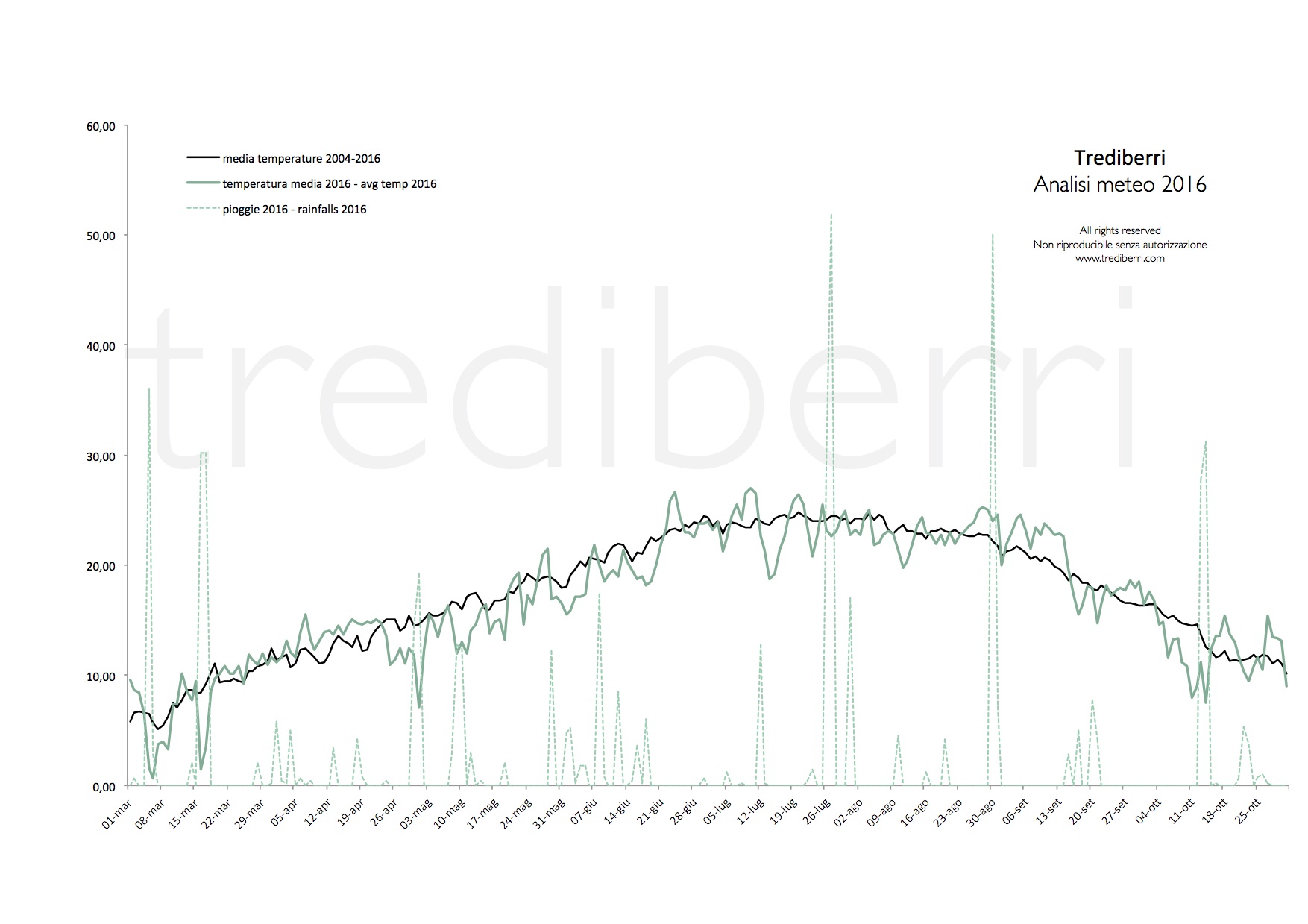 2016 has been one of the most amazing vintages of the last decade. Like 2010 (another glorious year), 2016 is characterized by low temperatures throughout the whole season and by a warmth above average only at the beginning of September, which is really good for Nebbiolo. These conditions have guaranteed the chance to generally have a late harvest, with high amount of sugar (especially on Barbera) and an amazing color extraction. Unluckily, on July 26th a hailstorm hit both Rocche dell’Annunziata and Capalot vineyards: this forced us to intervene by removing damaged berries (which were used for our Langhe Rosato). But then early September warmth helped the vines to heal and both parcels gave amazing fruit. In a nutshell, despite the hailstorm, 2016 is one of those vintages that producers would never get bored to deal with.