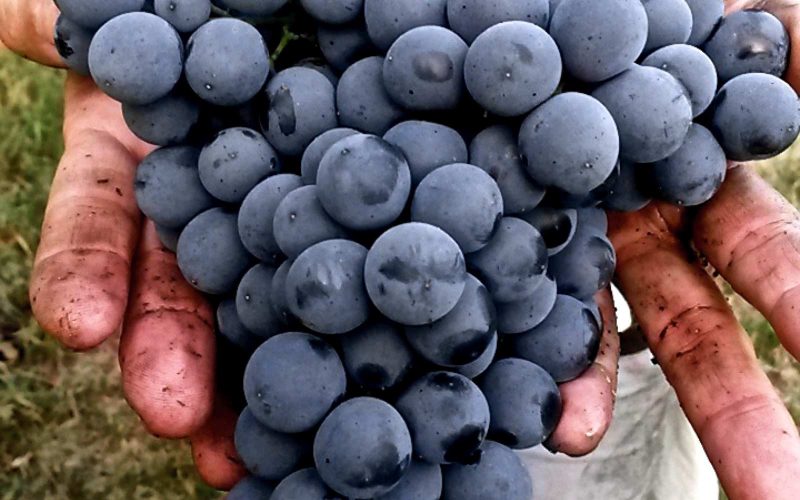 The two regions of the world of viticulture where terroir is explored and valued most highly are Burgundy and the Langhe. When we speak of ‘terroir’, we are talking about a series of geological and micro-climatic conditions that defines the vineyard differences. Therefore, we often try to draw parallels between the Grand Crus of the Côte de Nuits and the most important Barolo vineyards. However, quite apart from the ampelograhical differences between Nebbiolo and Pinot Noir, Barolo and Burgundy have their own specific viticultural traditions. This also shows in the different approach to a recognised classification of vineyards, and their use as official appellations or sub-zones.
or example, if in Burgundy a wine is sold as “Clos de la Roche Grand Cru Appellation Controlée”, this indicates not only that 100 % Pinot Noir is used and that there is a hierarchy of Crus, but also the geographic location of the vineyard within both the Côte de Nuits and Morey-St-Denis. In Barolo, the equivalent would be “Barolo Denominazione di Origine Controllata e Garantita Brunate”, where the vineyard – Brunate – is subservient to Barolo (which stipulates the region, grape variety and production methods) and does not have its own appellation. In general it is difficult to marry the two traditions, customs and noble viti- and viniculture of these regions together, for the above reasons. Nevertheless, we believe that both regions have at their heart the concept of parcels of vines and identification of vineyards, according to the local custom of the farmers and vine growers in each region. We need to understand how much of these distinctions of specific vineyard areas are down to real geological and climatic differences, or if they simply represent a crystallising of customs, and to see if the system in Burgundy is the natural end-point in the evolution of the Barolo denomination.
The received wisdom on the subject (Vignolo Lutati, 1929) provided a clear distinction between the eastern and western parts of Barolo, based on the geological era of the soils.

In 1929, Fernando Vignolo Lutati divided the Barolo region into three different geological formations from different periods within the Miocene Epoch. The oldest, from the Helvetian age, is located in the south-eastern area and encompasses Serralunga, Monforte, Castiglione Falletto and partially of Barolo. It is composed mainly of white-yellow marl. The western side of Barolo, La Morra and Verduno, from the Tortonian age, has blue-grey marl. Finally, the north-westernmost part of La Morra and Verduno has more recent soils, dating from the Messinian age. All of these soils emerged between 5 and 15 million years ago from the Padano Sea, thanks to a gradual receding of the water, shaped by successive climatic and seismic events.
Il Maestro di Vino, a cura di C. Cipolla, Franco Angeli, 2013

One of the most interesting studies of recent years (“La zonazione del Barolo”, Soster e Cellino, Regione Piemonte, 2002) subdivided and redesignated Barolo zones based on certain geological characteristics, and identified four types of soil: the Lequio Formation, Diano Sandstone, Sant’Agata fossil marl and chalky-sulphurous soil from the Messinian age. This was perfectly described by G. Brozzoni:

Between the end of the Langhian stage and the beginning of the Serravallian ‘Helvetian’ age, the soils of Serralunga emerged, characterised by Lequio Formations, with strata of grey marl alternating with sandstone composed of almost cement-like siliceous sand; the presence of calcium carbonate and iron gives the soil a reddish-grey colour: further west, during the Serravallian period, the soils of Monforte d’Alba and Castiglione Falletto emerged; here the soil already has a different composition, with alternating layers of sand of varying compactness and a grey-brown or yellowish colour, with grey sandstone (very compacted, cement-like carbonated marine sand), called Diano Sandstone […]. The area comprised of Barolo and La Morra is made up of grey-blue marl, rich in magnesium carbonate and manganese, which tend towards white on the surface due to reactions with the atmosphere; these are mixed clays and very fine sand, suffused with a large amount of limestone, and called Sant’Agata marl.
G. Brozzoni, 100 Barolo, Gowine, 2004

The classical doctrine says that the geological differences mentioned above will translate into distinct sensorial differences between the wines that each produces.:

Where sand predominates over the Sant’Agata marl, the wines will show more elegance, with more delicate aromas, and tannin and power will be tamed. In the area where we see Lequio formations, the Barolos will be more forceful and fuller, with much more evident tannins and greater ageing potential. From Diano Sandstone, the resulting wines are somewhere between the two…
Il Maestro di Vino, a cura di C. Cipolla, Franco Angeli, 2013

[The specific zones] seem more like historical or traditional subdivisions, rather than ones based on the wines produced. The relatively small area, very similar climatic conditions, moderate differences in soil composition, the unique nature of the grape variety and, above all, a comparable process of vinification, allow us to identify two or, at most, three ‘families’ or groups of grapes and wines. […] Therefore, while an effect from the soil exists on the grapes and wines, it is limited by many other factors, so that it is not very significant in trying to understand the differences within the region based on the musts and wines produced.
We hypothesize that environmental variables (soil, climate) and biological ones (plant differences) have a limited role compared to those more closely linked to human factors (vineyard management, vinification) in explaining the differences in Barolo wines.
La zonazione del Barolo, Soster e Cellino, Regione Piemonte, 2002

This study was carried out with old methods and, in my opinion, distorts the classification because of such a large array of soils. Nevertheless, the analysis carried out by the Regione Piemonte (the Region of Piedmont) has raised a fundamental point: the vigneron, through their choices – in the vineyard and winery – can override the geo-climatic characteristics of the vineyard. Given that farming and winemaking methods vary so much, I find it difficult (perhaps unnecessary) to look for a perfect correlation between the “hills” and their wines.
There are too many variables in play, in fact. Even outside the winery, wine character is clearly related to soil management, ploughing, the choice of clone and rootstock, the planting density, vineyard sprays…Once the harvest is done, the skill of the winery (technical and ‘ethical’) is the overriding factor. Each aspect can distort what we are trying to measure, or the idea that we are trying to validate.
For these reasons, I tend to give credence to Vignolo Lutati’s analysis of 1929 – a time when there were almost no technological innovations in the vineyard or cellar which would have altered dramatically the relationship between the vineyard, its grapes and the resulting wine – as well as to the generations of growers and winemakers who habitually felt the need to identify and delimit specific parcels within vineyards. Without doubt, if we have the same viticulture and winemaking, Barolos from La Morra are different to those of Serralunga. Moreover, within the same commune of La Morra, Barolo from Rocche dell’Annunziata will be different to that of Brunate. Why is this so? ‘Because it is’ according to my grandmother, who was taught by her great-grandfather, and so on…I think it would be very complicated (and specious) to try to isolate all the different physical and chemical reasons that lead to this being the case: the answers form at least part of the ‘magic’ contained in the word “terroir”.