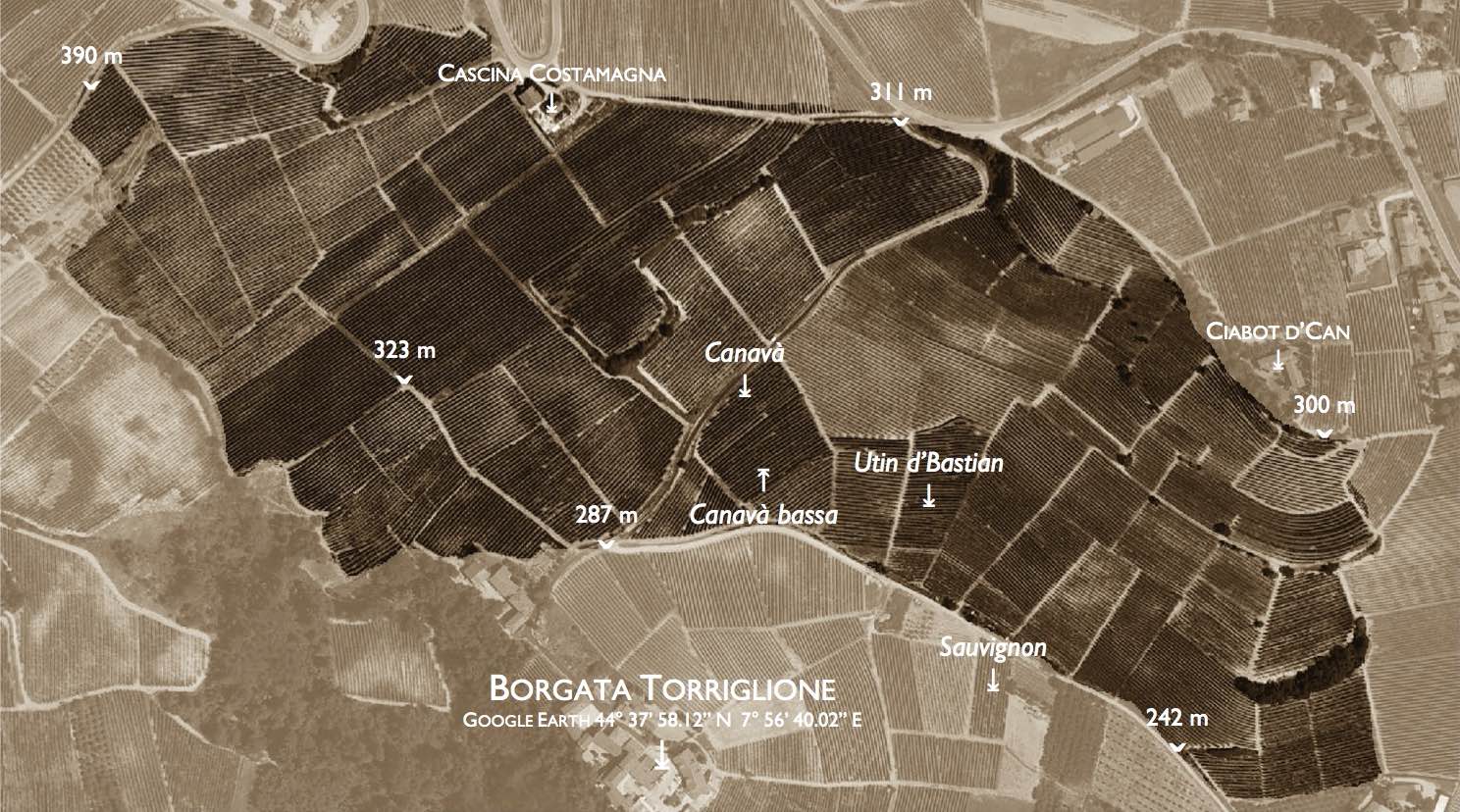 Is there a reason why all Barolo producers will do crazy things in order to have even a tiny parcel of vines in Rocche dell’Annunziata?

Absolutely yes – in fact, more than one. We could start by pointing out that in Renato Ratti’s classification, this Cru was considered among the very top tier, a vineyard area of high prestige; or that the grapes from this Cru were always expensive, an excellent barometer of quality in the Langhe; we could say that the wines they produced have always shown the dazzling elegance of La Morra. The vineyard covers around 30 hectares, in a valley that also includes the hamlet of Torriglione. Within this, there are sections that carry names given by old or new owners, one called Rocchette and a small part known as Cuore. These are all within the area known collectively as Le Rocche, however, which is cut in half by the small road leading from Pozzo hamlet to Torriglione. In terms of exposure, Le Rocche should be considered in two distinct sections: the south-east facing part that descends from the road of Boiolo and the one of Costamagna, and that facing south and south-west, in front of Torriglione hamlet – a particularly sheltered area.
Among the producers of Rocche dell’Annunziata is Enrico Scavino, who produces between 2,500 and 2,800 bottles from around half a hectare. “We bought the vineyard in the 1990s and we went straight into production”, says Enrico. “Notwithstanding that the vineyard had been badly managed before, with vines all over the place, meaning it was impossible to use machinery, I preferred to keep them as they were over forty years old and in good condition. So for 4 to 5 years we pruned and cut the jumbled vines, making sure that the shoots were straight and got the vineyard in order. It would have certainly been easier to replant, but to have destroyed the patrimony we had, with the quality of grapes that only an old vine can give, seemed a shame to me”. Scavino’s vineyard has a full south exposure: the grapes are small, with great concentration and sweet tannins. In the 1990s they produced a Riserva, in addition to the classic Barolo, in 93 and 95. From 1996 it was decided that they would produce a Riserva each year that the grapes were good enough. So far, only 2002 was not produced, with the wine being sold off in bulk because they were not happy with its quality.

Since 1971 Renato Ratti has also produced a Barolo Rocche dell’Annunziata, which Renato decided to make in order to advance the concept of cru wines, to show that the theory works in practice. Initially the wine was called Marcenasco, as this was the historical name – dating back to about 1200 – of the abbey and the area around the Annunziata. “I think” – says Pietro Ratti, son of Renato – “that there are two aspects that particularly characterize Rocche dell’Annunziata: on one hand is the terroir, that is, that complex combination of soil-microclimate specific to a zone. In Rocche we see soils derived from a substrate formed, from a lithological point of view, by sandstone and conglomerates alternating with marl: the sandy soils of the ridge descending towards Annunziata are responsible for the unmistakable fragrances that mark these wines; On the other hand is the fact that the cru is very large and very fragmented, and this is due, in my opinion, to its proximity to the centre of habitation. This historically allowed the farmer to be able to manage even a small portion of land without having to spend a lot of time reaching it. It is no coincidence that in the crus further away from hamlets and villages, there are also farm buildings.” Barolo from Rocche dell’Annunziata, (‘Annunziata’ is used to avoid confusion with Rocche di Castiglione) is recognized especially for its elegant and floral perfume, with notes of rose above all, as is recalled in an episode that Pietro Ratti was told by Bartolo Mascarello: when Bartolo was young, whenever he met a grape vendor from Rocche dell’Annunziata, the vendor said to him, “You at Barolo have the name, but we at Rocche have the perfume.” Tradition teaches.

WINES CITED IN THE ARTICLE