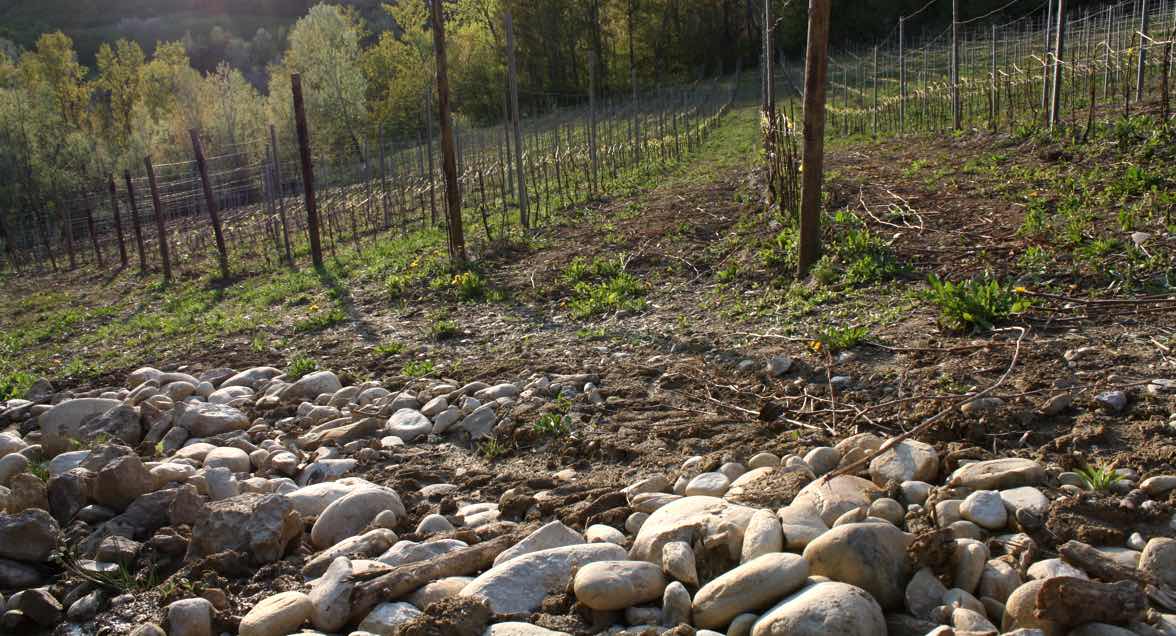 The western slope of La Morra is made up of Sant’Agata Fossil Marl, a blue-grey marl formed as sediment between 11 and 7 million years ago, during the Tortonian age. This was the fifth of the six stratification stages during the Miocene Epoch, the oldest geological epoch of the Neogene Period, which is the second period of the Cenozoic Era.

The composition of Rocche dell’Annunziata varies according to the parcel analysed: in the lower part of the valley, approaching Cannubi and the Diano Sandstone of Castiglione Falletto, sand predominates, whereas, as the slope rises (where Canavà is located) the texture of the soil becomes loamy, with a slight prevalence of sand over clay and in general a large quantity of lime, material that has the largest granules of clay. The plasticity index is 109 and therefore the soil is highly plastic, which is to say capable of handling and retaining a large maount of water.