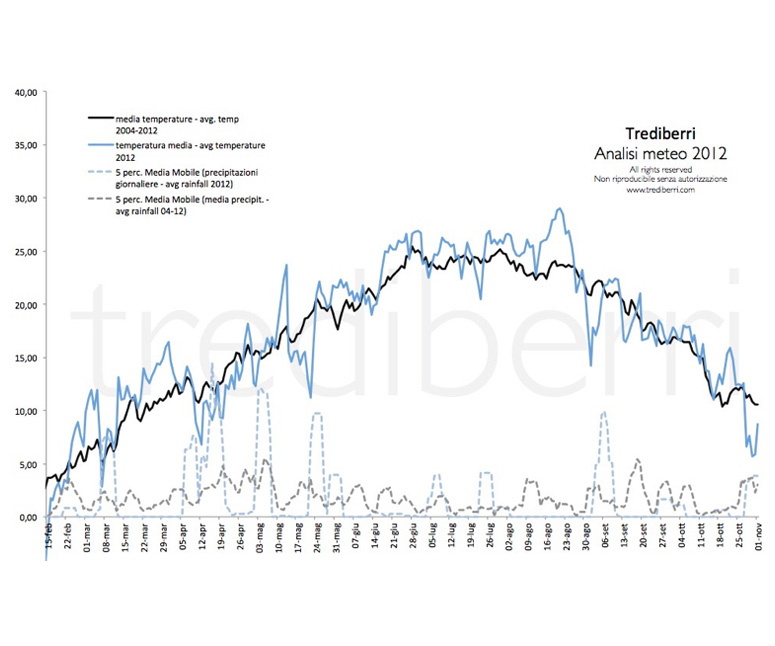 2012 vintage began with one of the most severe winters ever, with temperatures as low as -15°C (5°F) in early February.

Following this unexpected cold burst, spring saw plentiful, though not excessive, rainfall. March saw rather hot weather, with a concomitant risk of mildew, and cooled temperatures in April.
The growing season therefore proceeded with unstable and back-to-front weather until June, when temperatures rose significantly: a feature that characterised the whole summer. Some severe summer storms in July caused hail damage in some vineyards.
Unaffected vines matured perfectly with August and September, providing a beneficial large temperature variation between the days and the nights. 2012 vintage was a fairly normal, apart from the difficulties of the spring rains. It was not especially abundant and rewarded those who waited to get perfect phenolic ripeness in the grapes.