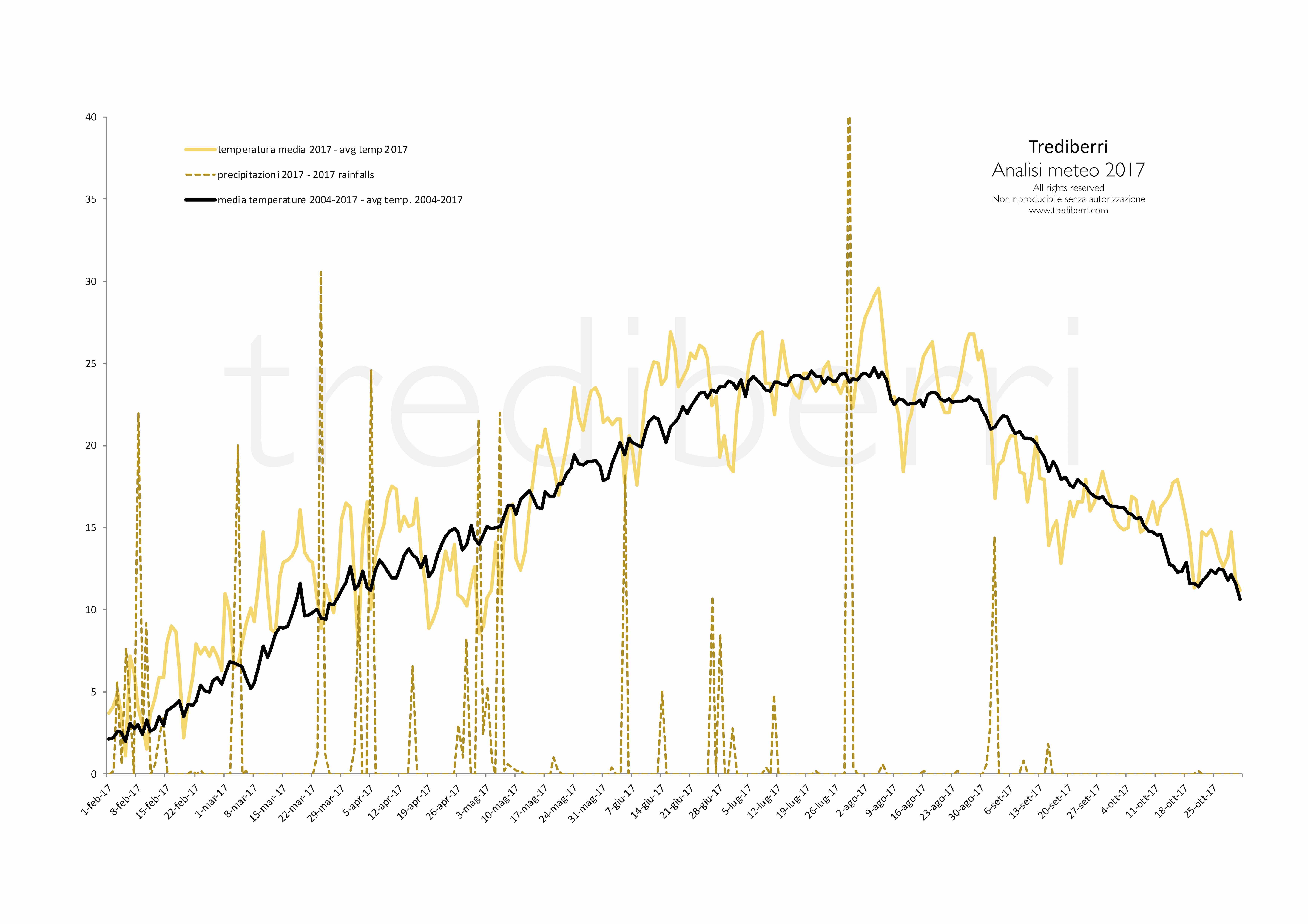 2017 has been one of the hottest and driest years of our time. Temperatures have been above average throughout almost the entire season but most of all 2017 vintage will be remembered for the lack of rainfalls. As a matter of fact, though the average amount of mm of rain between March and October within Langhe district is between 550 and 600 mm, in 2017 only 280 mm have been recorded. And the only important summer rainfall was more a squall, which couldn’t seep under the dry soil and create more problems of erosion, rather than sustain the roots. Vines literally stopped their vegetative cycle, with no more leaves or shoots produced. For these reason, 2017 has been one of the earliest harvests of history – with some Barolo bunches collected even before September – and has been characterised by extremely low yields and by berries with small juice. These conditions have been optimal for Barbera, which could provide a huge extractive potential and structure, but still keeping its natural freshness. For its lower natural acidity, instead, Nebbiolo created many more problems, especially in the best exposed slopes and we basically decided to harvest according the level of acidity, rather than proper phenolic ripeness. 2017 has been our earliest ever harvest. We preferred to have perhaps tougher tannins but keeping more freshness and primary fruity notes, rather than “cooked” flavours. And that’s why on nebbiolo we didn’t do any post-fermentative maceration, trying to extract only what we really needed.

WINES CITED IN THE ARTICLE